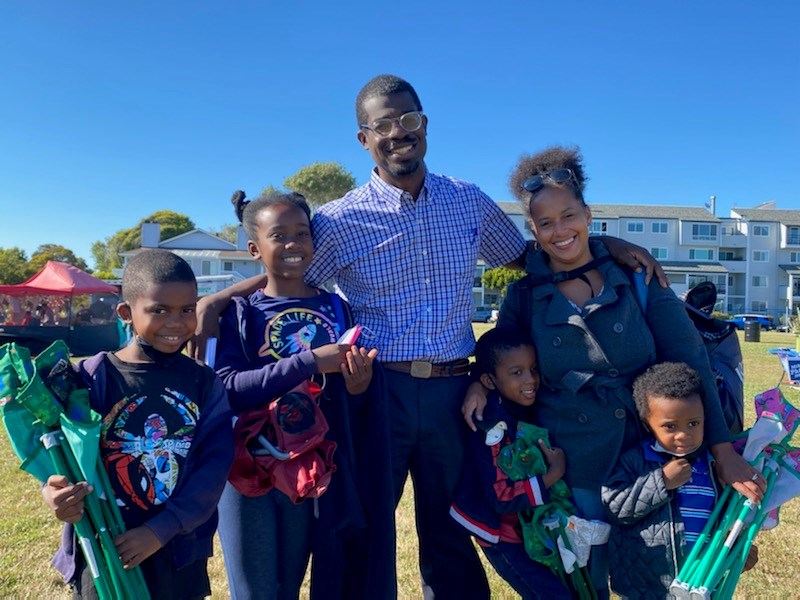 Mister Phillips, age 44, is the son of Tommie and Cynthia Phillips. Tommie was a lieutenant at the Richmond Police Department. Cynthia was a deputy at the Contra Costa County Sheriff's Office. Tommie and Cynthia taught Mister the value of service at a young age.

In 2016, Mister was overwhelmingly elected to the governing board of the West Contra Costa Unified School District. He was re-elected without opposition in 2020. In 2021, he served as board president and guided the district through the COVID-19 crisis.

Prior to his election, Mister served on public and private boards, including the Richmond Promise Ad Hoc Committee (co-chair), First 5 Contra Costa Children and Families Commission (alternate), Rotary Club of Pinole (president), and Richmond NAACP (committee chair). He is a deacon at Providence Missionary Baptist Church.

Professionally, Mister is an attorney at law. He was admitted to the State Bar of California in 2003. He has owned and operated the Law Office of Mister Phillips, since 2005.

Mister served his country as an intelligence officer in the U.S. Navy Reserve from 2004 to 2013. He received an honorable discharge.

Mister is a fourth generation Richmond resident. He has been married to Angela Phillips, since 2010. They have four children: Merist, Mister II, Sterling, and Amanzi.